I have no idea what to expect as I take my seat at the Mercato’s Silverspot theater. It’s day two of the Naples International Film Festival - and I’m about to watch the documentary, Momz Hot Rocks, about mothers who form garage bands.

I make small talk with Susan, the woman sitting next to me. A mother of two, she left her kids with her husband for the night. Her choice of the film had more to do with its start time than the subject matter, but I get the sense that as long as she can enjoy her glass of wine and enjoy a little ‘me time’, the night will be a success.

The documentary opens with rock music and a montage of ‘stereotypical mom’ footage – old commercials and such from the 1940s and 1950s showing a well-dressed woman wearing an apron, about to serve dinner, or dancing around the latest stove model.

Cut to modern day footage of Joy Rose, founder of the mom band, Housewives on Prozac. Joy’s a throwback to Debbie Harry. The matriarch of the mom band movement, Joy looks about 50. Her blonde hair with hot pink streaks blows as she walks down the street, explaining her plans for MaMapalooza, a festival of mom bands from around the country. After doctors diagnosed her with lupus, Joy decided to return to her passion: music. She gathered women from her suburban New York neighborhood and the band was born. In 12 years, the Housewives have recorded several CDs and garnered attention from major newspapers and TV, including CNN and Good Morning America. 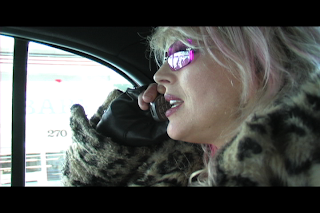 These band members are no desperate housewives. They’re re-defining and celebrating what it means to be a mother. While some band members do stay home with their kids, others are single moms working two jobs, or women trying to juggle the demands of family and career. As one member of the band, The Placentas, puts it, once women have children, they often feel put into a box and marginalized; often expected to do nothing more than be a caretaker, setting aside any outside interests for the their children’s (and husband’s) pursuits. By being in a band, they have a creative outlet to express themselves. 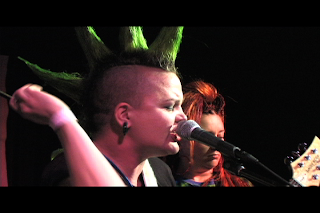 Punk band Placenta, fronted by Rachel Yellow, croon about deadbeat dads.
In 90 minutes, director Kate Perotti introduces viewers to a half-a-dozen bands from around the U.S. with colorful names: The Mydols, The Bettys, Motherload Trio; and even more colorful song titles: “Eat your Spaghetti or Leave the Room”; “Skating Mom Blues”; and “Wal-Mart Woman.” The genres range from punk to folk music. Some band members put aside their musical interests to raise their families. Others learned how to play an instrument when they joined the band.

“It was the life of a mom that I completely understand,” Perotti explains after the film. She financed and shot the entire movie by herself, often conducting interviews while band members were driving, because that was the only free time they had to talk. “It was a very liberating experience,” she says, adding that, “this was a documentary about women who actually exist.”

Ellen Goldberg, a member of the Naples International Film Festival committee tells me that Momz Hot Rock immediately caught reviewer’s attention. “The unique style, using the vintage footage along with the music video sequences, was creative and eye-catching,” Goldberg says. “As a mother of two, I loved the message that women-including moms - can express their creativity at any age.” It certainly helped that the documentary has taken home other film festival awards.

While some of the bands are happy to play at PTA festivals and Moms Morning Out events, others want more. After a radio interview in Salt Lake City, members of The Mydols lament that they’re always asked what their husbands and kids think about them being in a band. Members sometime notice the disapproving looks of others, as if they’re neglecting their kids in favor of playing. And they wonder whether they’d have a record deal if members were young and attractive, instead of slightly overweight, 30 and 40-something moms.

As I watch the group, Candy Band, play for school kids and sign autographs, I think how great it is for girls and boys to see these women having so much fun – instead of being overworked and exhausted.

As the movie comes to a close and the houselights turn on, I look to Susan May, the woman seated next to me. “So, are you going to start your own band?” I ask. “Yeah,” she replies. “I’m inspired. I think I might.” 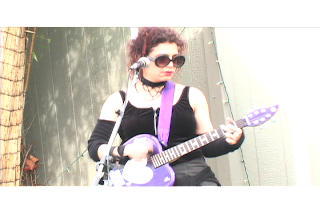